Google Expeditions - Behind The Scenes: Part 1 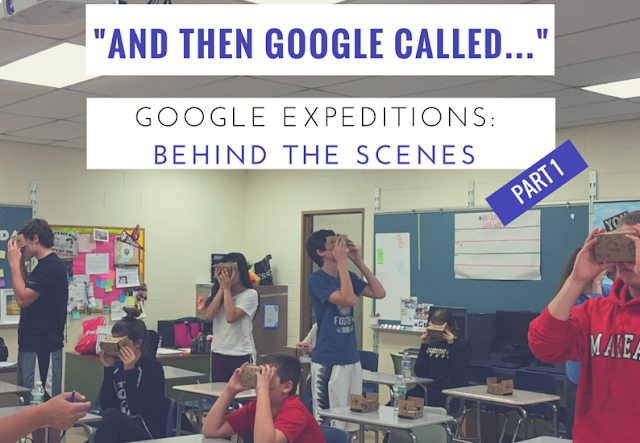 I first tried out Google Cardboard last Fall when I was hanging with the very awesome Amber Klebanoff at a conference. The moment I held it up to my eyes I had the same reaction that all first timers do - An awed, enthusiastic howl of “WOAH! THIS IS INCREDIBLE!” Accompanied by spinning in slow circles to take in the full 360 view. I explored the pyramids at Giza, a Billy Joel concert, and then nearly threw up on a roller coaster! I was completely enamored with the tool and bought my very own Google Cardboard less than an hour later. I wasn’t exactly sure how or when I’d use it, but I knew that I wanted my students to have that same experience as I did. I knew it would be a powerful tool for making learning about history a truly tangible and interactive experience. And then Google called… I am incredibly fortunate to work in a district that has a strong working relationship with Google Apps for Education, which has afforded me the opportunity to take part in pilots for various Google products over the past year. The coolest pilot I have been a part of, by far, was Google Expeditions. If you haven’t heard all the recent buzz on Expeditions, it is a virtual reality field trip that ‘takes you places a school bus can’t.’ The best comparison I have found is to compare Google Cardboard and Expeditions to everyone’s favorite 80s toy, the ViewMaster. In February of 2015 a handful of colleagues and I got to go to the NYC Google Headquarters where we were introduced to the concept of Google Expeditions. We had the privilege of working with the fabulous Jen Holland throughout this project, in addition to lots of absolutely brilliant and talented Google Engineers. They listened to our feedback and communicated with us throughout the experience. Before signing onto any pilot, we are required to sign a nondisclosure agreement, as were my students, but now that the product is out here’s a behind the scenes look at what went into creating Expeditions from the teacher perspective:

Stay tuned for the second part of the Google Expeditions journey in which Google came into my classroom and tested Expeditions with my awesome Special Education students!
Posted by Dani Kennis at 4/13/2016 05:30:00 AM 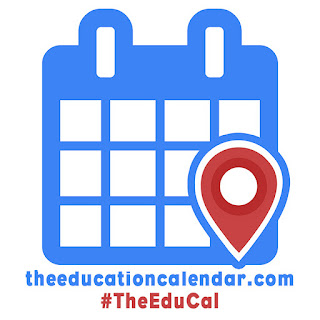